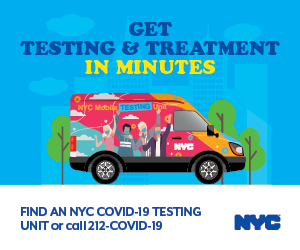 Queens Borough president Helen Marshall highlighted the effort to re-zone Sunnyside and Woodside in her State of the Borough Address this winter. Following the release of the proposed zoning changes on February 28th, I spent time studying the proposal to re-zone the Sunnyside and Woodside neighborhoods and followed up with a representative of the NYC Department of City Planning to be sure I properly understood the proposed changes. It's worth mentioning that the rezoning changes were recently approved by Community Board 2, about two weeks ahead of deadline.

The thrust of the Sunnyside Woodside rezoning effort appears to be to standardize construction regulations within these neighborhoods in order to prevent out-of-character development, reduce commercial overlays, enhance street life through the allowance of sidewalk cafes and to set height limits on new buildings which is not specified in the existing zoning. Current Sunnyside and Woodside zoning only specifies how much you can build by way of limiting the Floor Area Ratio [FAR] – and doesn’t set limits on specific building dimensions, most notably building height.

Click here to view the timetable of the Sunnyside & Woodside Re-zoning proposal and to read the rest of our report, which includes a brief zoning history, and a summary of existing and proposed zoning changes including diagrams and photos. NYC zoning laws for commercial, residential and zoning categories & rezoning in NYC.

Proposal Explained Along With History & Timetable Continued / If needed use the search function to find story introduction. In Queens Borough president Helen Marshall's State of the Borough Address, she noted that during her time in office beginning in 2002 there have been 40 re-zonings affecting 500 blocks byas of the end of 2009. By the end of 2010 [if I hear correctly] there were 800 blocks in Queens affected by re-zoning. And the current plan to rezone Sunnyside and Woodside will affect another 130 blocks. Helen Marshall is shown in the photo to your left talking about rezonings in Queens. The last time Sunnyside and Woodside zoning went through a major change was in 1961 when the current Zoning Resolution was established. Since then the zoning has been updated twice - once in 1974 when Sunnyside Gardens was targeted as one of the special planned community preservation districts and again in 2009 when they were changed to accommodate better coordination with the Landmarks Preservation Commission as a historic district.

The photo to your right shows apartment buildings from the early half of the last century in Sunnyside.

For example, let's take an R4-1 designation in Sunnyside and Woodside, under the current proposal as an example. This is the proposed designation for Sunnyside Gardens and two other areas within the target rezoning area [see map in photo album]. R4-1 specifies that this is a residential area of detached or semi-detached dwellings, that the FAR [Floor Area Ratio] is .9, and then specifies limits for building height, the minimum size lot required to build upon and maxium wall height and parking.

The FAR or Floor Area Ratio indicates how much building is allowed on this lot. For example a FAR of 1.0 means that you could build a one story building covering the entire lot - assuming there weren't other restrictions with regard to how to build on the lot [like specifications for distance from the street]. A FAR of 2.0 means you could build a two story building on the lot, but it could be a simple two stories high or a very high building if you had very high ceilings, unless there is a building height limit - which there now will be under the new zoning proposal. The height limits, as mentioned in the introduction, are intended to prevent out-of-character building. The commercial designations follow the same sort of structure as the residential ones. For example the C4-5X specifies a 3.75 FAR for residential use [meaning rental units] with a 5.0 FAR if built with inclusionary housing which is designated for lower and moderate income residents. The FAR for non-residential commercial use is 4.0 and commercial activities can take place on the second floor. The designation goes on to specify height minimums and maximums as well as parking [in this case 50% built for residential]. This designation is targeted in the rezoning along Queens Blvd in the forties. The photo to your right shows 43rd Avenue in the forties on a spring day.

Rezoning Plan For Sunnyside & Woodside In 2011 In the graphic to your left is a side by side of existing designations and proposed designations, so that the public can evaluate the change. A larger copy is located in the photo album associated with the slide show below.

As mentioned in the introduction, the plan is to rationalize existing zoning regulations, while adding height restrictions. In evaluating the new plan it appears to stay true to its goal of more or less maintaining the Floor Area Ratios [FAR] so that new buildings in the area will likely remain somewhat consistent with what's already in place. In reviewing the map of the proposed changes, much of the work was to rationalize the area in alignment with existing codes. It's worth mentioning that Sunnyside Gardens zoning specifications will remain as they were. If you're a resident or business person in Sunnyside or Woodside that has some issue with these proposed changes, you should contact local City Councilman Jimmy Van Bramer or Queens Borough President Helen Marshall.

Click here to go directly into the photo album to see the largest copies of slides showing the proposed real estate rezoning in Sunnyside & Woodside. Use the arrows on the control panel to click through these slides at your own speed.

Special Thanks To The Department Of City Planning

Special thanks to the Department Of City Planning for their help in understanding the new regulations. While these regulations appear to make sense, the particulars will impact everyone differently, and there is always the possibility of unforeseen consequences.

Click here to go to the home page of Halvatzis Realty - real estate in Astoria .